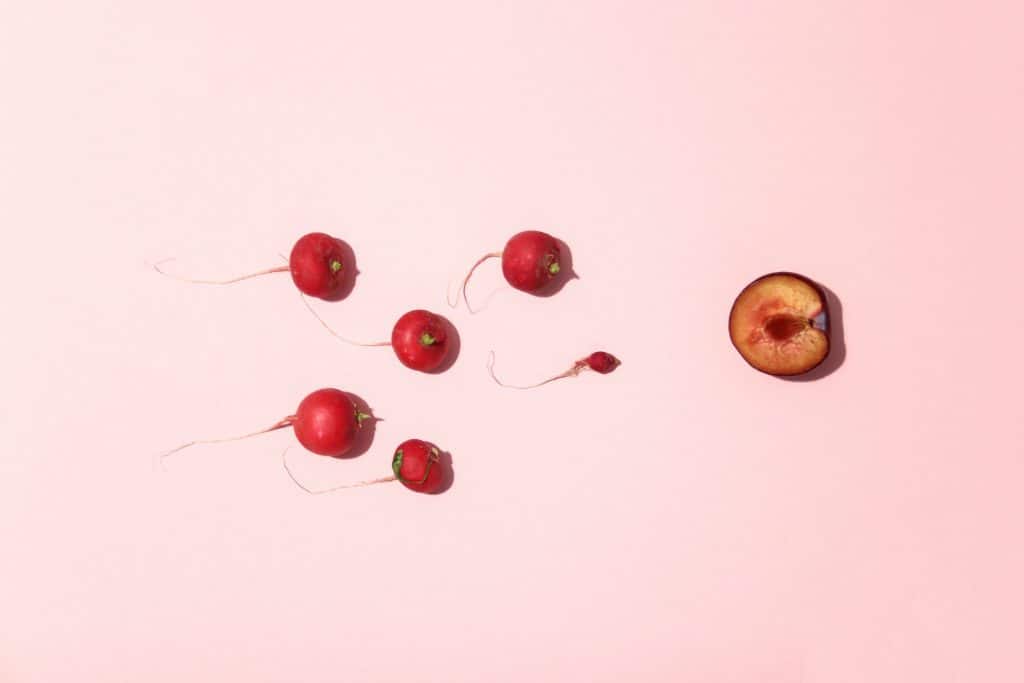 Dealing with fertility is stressful and research is showing that those with lower stress levels during assisted reproductive treatment have a higher success rate. Research also is showing that Yoga can help you relieve stress, thus supporting your fertility efforts.

I know – you’re sick of hearing that you need to relax and reduce stress to get pregnant. Don’t worry – stress does not have a direct cause and effect interaction with pregnancy. Women all over the world are getting pregnant when they are stressed, and many women who are super chill are not getting pregnant. It’s important to remember that this is an association. Stress does not negate pregnancy – nor does being stress-free ensure a positive cycle!

This association suggests that decreasing or managing stress can only provide benefits to your fertility and overall experience, but are not absolutely necessary to become pregnant. 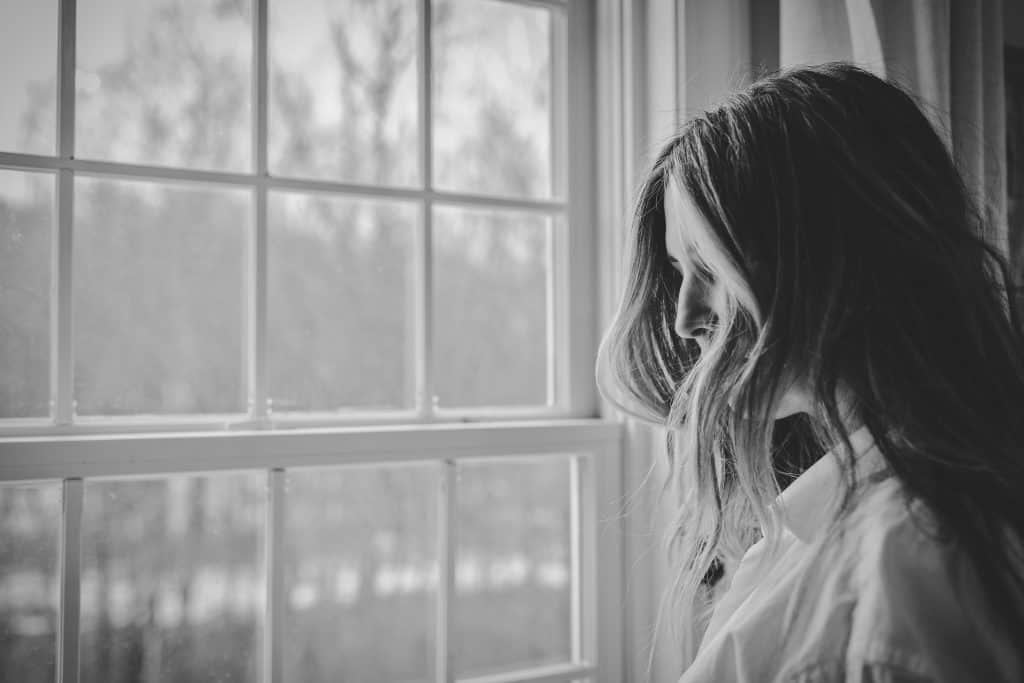 The 80’s and 90’s brought with it the major advancement of assisted reproductive technology (ART).  With this advancement came a shift to viewing the body as a machine (mechanistic view) and as individual parts that need fixing (reductionist view), Inadvertently, making babies became more scientific (ie – science will cure your infertility!) and began to neglect the mental/emotional realm.

Luckily, leaders in the field of Mind/Body research started to investigate stress, and the psychological, emotional, and mental effects of ART. Studies have found that women with infertility feel as anxious or depressed as those diagnosed with cancer, hypertension, or recovering from a heart attack (1). While other studies have shown that women dealing with fertility obstacles were more stressed, anxious, and depressed than fertile women. (2, 3)

If you are dealing with fertility challenges, you are probably not surprised by these findings! It’s flippin stressful – physically, emotionally, mentally, and financially. And those stresses don’t just go away because someone tells you to ‘relax and let it happen…’

Because of the stresses associated with ART, studies began to focus on the benefits of Mind/Body techniques (like Yoga, Meditation, and Cognitive Behavioral Therapy) while undergoing IVF. In one hallmark study by Dr. Alice Domar, she and her colleagues found that the female participants who participated in a 10 week mind/body program (incorporating meditation, mindfulness practice, Yoga, and cognitive behavioral therapy) had significantly increased viable pregnancy rates with IVF compared to those who did not participate in the mind/body group.(4)

Furthermore, a 2018 literature review of 20 research studies (5) investigating whether or not psychological distress had an impact on IVF success rates show a trend in results. Fifteen of the 20 studies found that increased levels of psychological distress before or during the IVF cycle were associated with decreased pregnancy rates. Three studies concluded that there was no relationship, while two were inconclusive.

Although these findings seem to be adding insult to injury, we must keep in mind research like this is illuminating better ways to approach infertility and fertility treatments, as well as to show that there is value in different avenues of support beyond the medical realm. 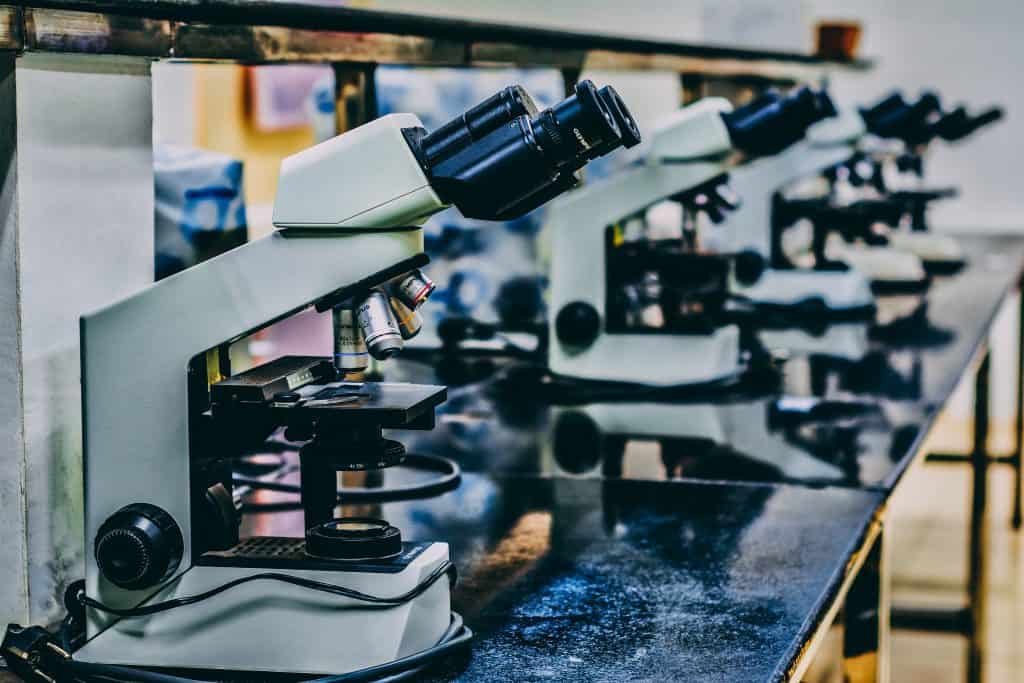 Research looking directly at Yoga’s effects on conception is an area of growing investigation. The good news is, the studies that are coming out are promising and show that women who participate in a regular Yoga practice are becoming pregnant at higher rates and experiencing lower levels of depression and anxiety.

A study in India investigated FET (frozen embryo transfer) pregnancy rates between women who, prior to their FET, participated in a Yoga program for 3 months (with physical asana and pranayama) to women who did not do any Yoga at all. The results showed that 63% of the women in the Yoga group became pregnant compared to 43% of the women who did not do Yoga at all. They also found that there was a significant reduction in anxiety and depression in those that participated in the Yoga group. (6)

A newer study investigated the anxiety and depression levels of women after multiple failed IVF treatments and their participation in a 6-week Fertility Yoga program conducted in-person and on-line. The overall finding was that those that participated in a structured 6 week fertility yoga intervention had decreased stress levels compared to those in the control group. They also found no difference between the online and in-person groups, indicating that both platforms of delivery are equally as effective. (7)

Similarly, a study from 2015 also found that Yoga may have a beneficial role in reducing anxiety in patients with infertility. (8)

In 2018, a major literature review of 87 studies showed that yoga can provide stress management for patients with infertility, as well as having beneficial effects on fertility.They concluded that Yoga can help couples overcome infertility and increase ART success rates by improving the physiological and psychological states. (9) 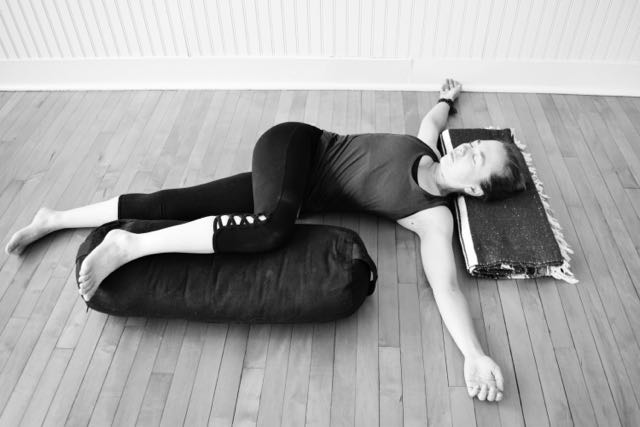 How Yoga Can Help

Fertility treatments and the ups and downs of unsuccessful monthly cycles add stress hormones that can suppress the reproductive hormones, and by managing that stress (lowering those hormone levels and increasing the good ones), your chances of having a successful cycle increase.

There are a multitude of studies that prove the benefits of Yoga – too many to begin to cite all of them. Here are some highlights to give you a picture of why you should do some Yoga already!

Yoga Helps to Balance Hormones: Stress hormones can interrupt the optimal functioning of our reproductive hormones. Based on evolution and survival of the species – when the body is stressed and in a Sympathetic Nervous System reaction, the body sends a cascade of hormonal signals to the body to slow down reproductive hormones because it is more important to send blood to the limbs and heart to run for your life than to slow down and make babies. The body’s inherent system for counterbalancing this is the Parasympathetic Nervous System, which does the complete opposite – letting the body know that it is safe and now would be a good time to reproduce. This activates the relaxation response which releases hormones for digestion, rest, and reproduction. Hatha yoga practice leads to better regulation of the sympathetic nervous system and hypothalamic-pituitary-adrenal system (the interaction of our nervous and endocrine systems). (10)

Yoga decreases stress, and more specifically reduces the stress hormone cortisol, and stress-related enzyme known as alpha-amylase. Heightened levels of cortisol and alpha-amylase have been tied to reduced levels of fertility in women. (11) A literature review review concluded that stress can alter the cortisol-excretion patterns during the menstrual cycle, which in turn, can affect the hormones during fertilization. (12)

Yoga reduces Inflammation – Inflammation can throw off estrogen and progesterone which are necessary to be balanced for a regular and fertile menstrual cycle. A study found that a brief yoga-based lifestyle reduced the markers of stress and inflammation in as little as 10 days. (13)

Yoga relieves Anxiety and depression: Another literature review of 25 randomized control studies looking at preliminary evidence showed that for those maintaining a regular Yoga practice, there was a  decrease in depressive and anxious symptoms in a range of populations. (10)

Yoga increases blood flow to your pelvis, stimulating hormone-producing glands, and releasing muscle tension. This is the one area of fertility yoga that has not been researched, to my knowledge. However, we can extrapolate from other research showing increased blood flow and relieved muscle tension  throughout the body while doing Yoga, that if that movement is situated in the pelvic area, it would increase blood flow here as well. Although there is no Western ‘scientific’ evidence, there are a multitude of Yogic texts showing the use of postural Yoga to increase fertility and blood flow to the reproductive organs. Lack of evidence does not disprove anything! It just means it hasn’t been researched yet! 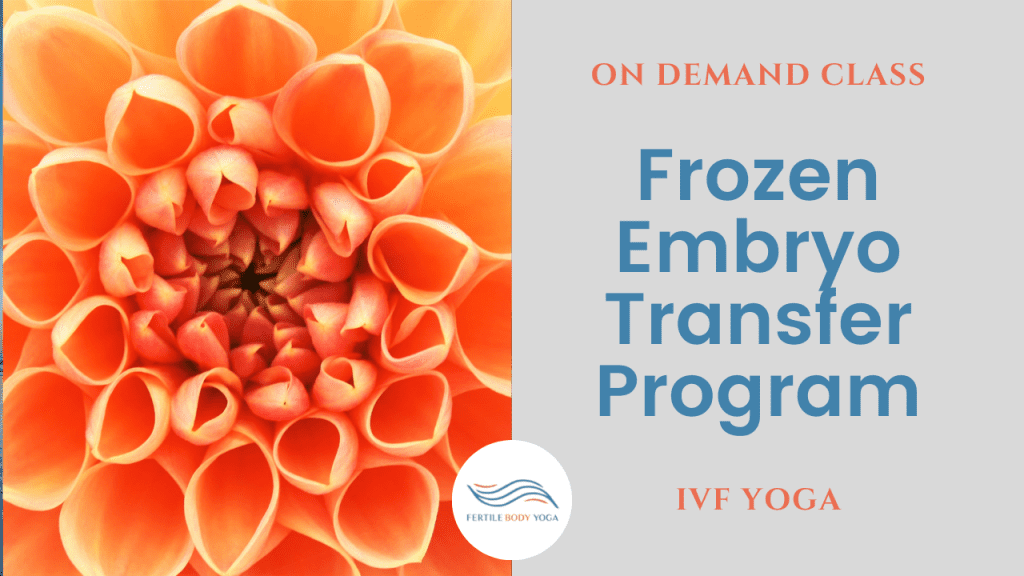 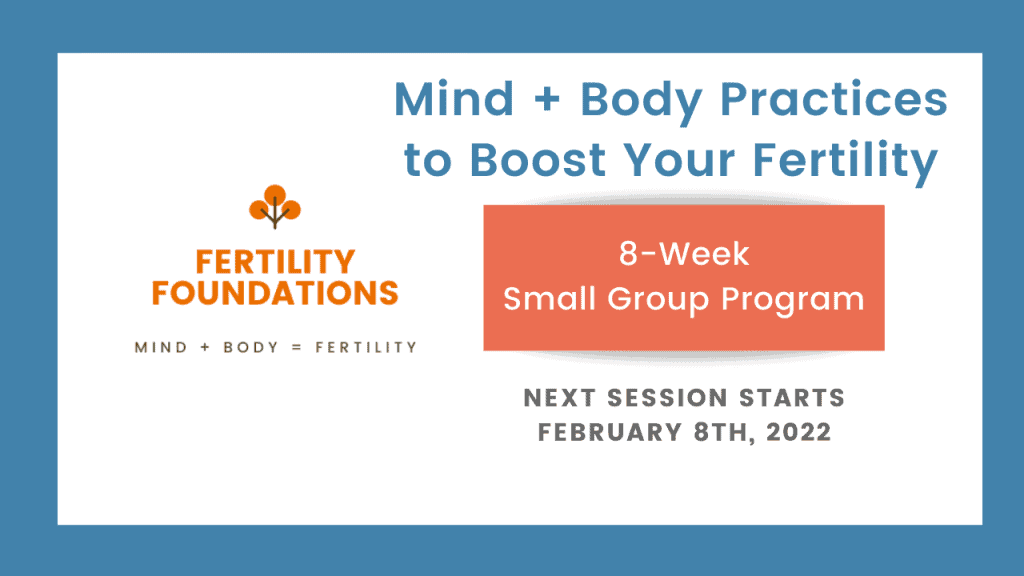 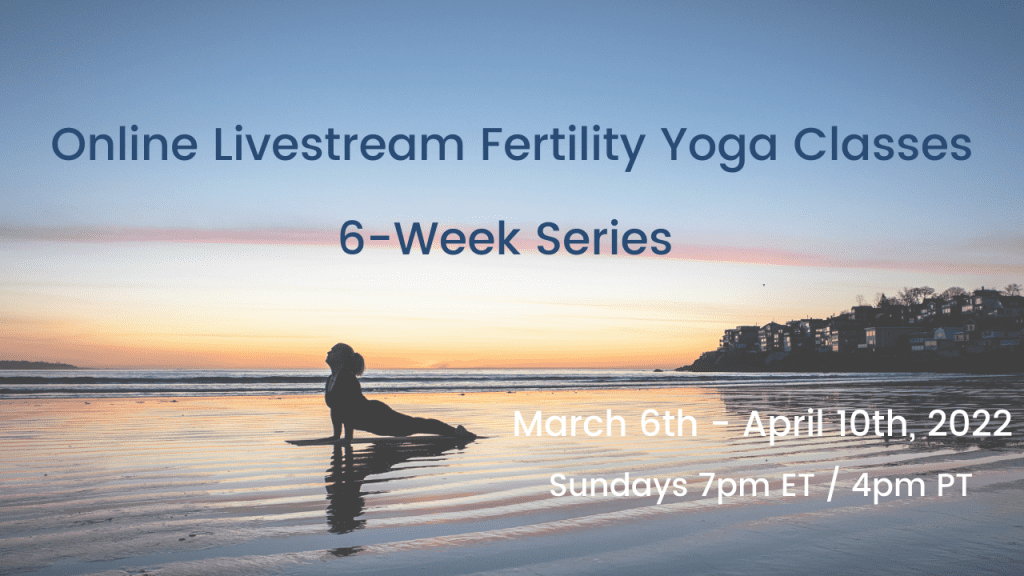 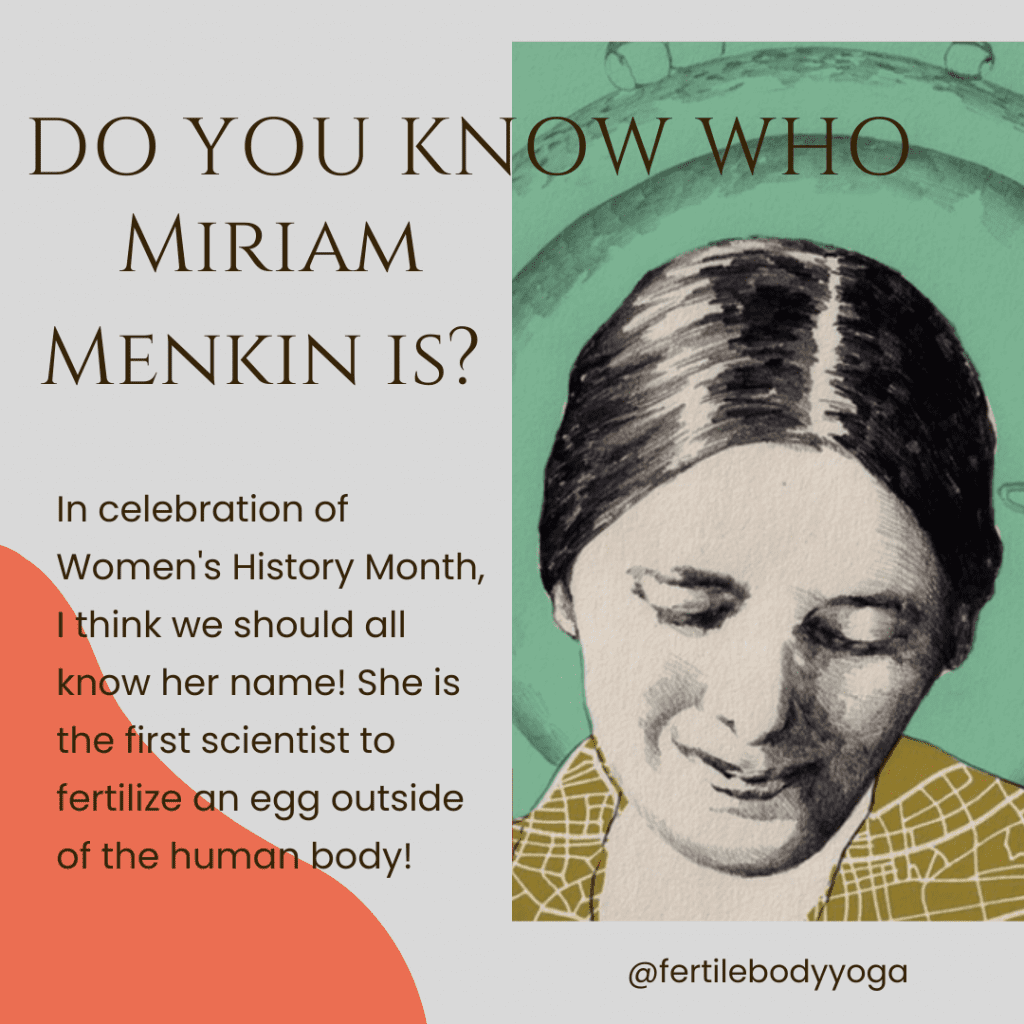 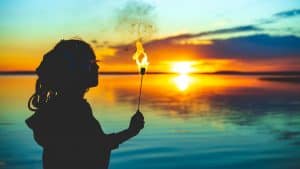 Your dosha, or personal constitution, determines how you approach & experience your fertility, as well as what yoga poses are most balancing and nurturing. Take the quiz, find out your predominant dosha, learn how it affects your fertility experiences, and get 3 poses that align with your inherent nature! 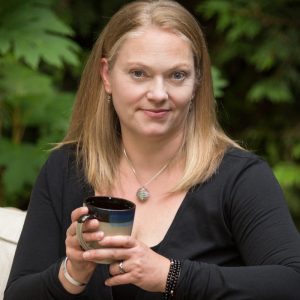 Kerry Hinds is a E-RYT, RPYT, Relax and Renew® Certified Teacher, Fertility Yoga Teacher, and Reiki Practitioner. She is the founder of Fertile Body Yoga and teaches weekly fertility yoga classes and offers other avenues of mind + body support for those trying to conceive. All is available in the FBY Virtual Studio. 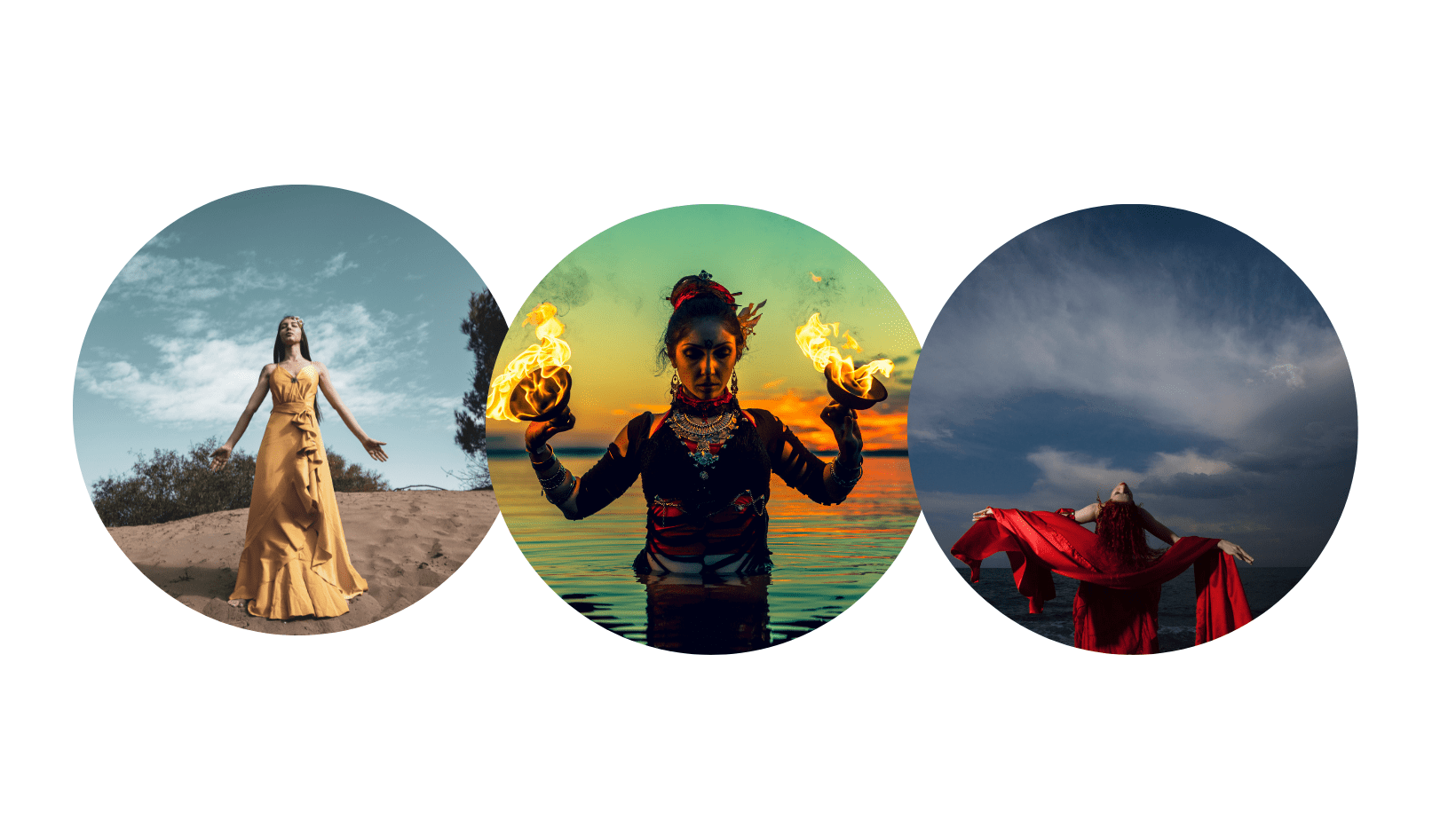 Fertility, Ayurveda, and Your Dosha 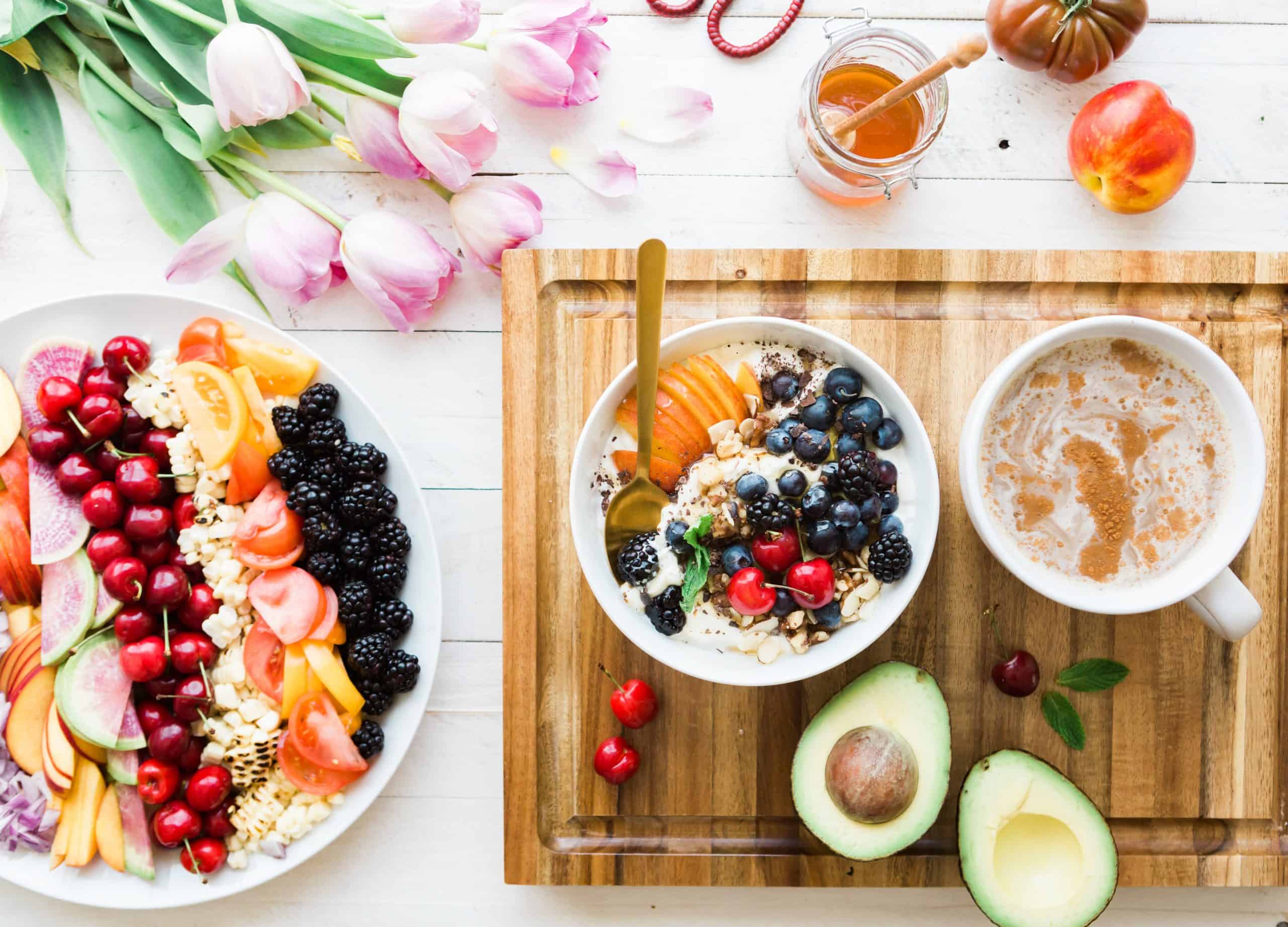 Fertility Diet: How to Boost Your Fertility with 4 Simple Steps 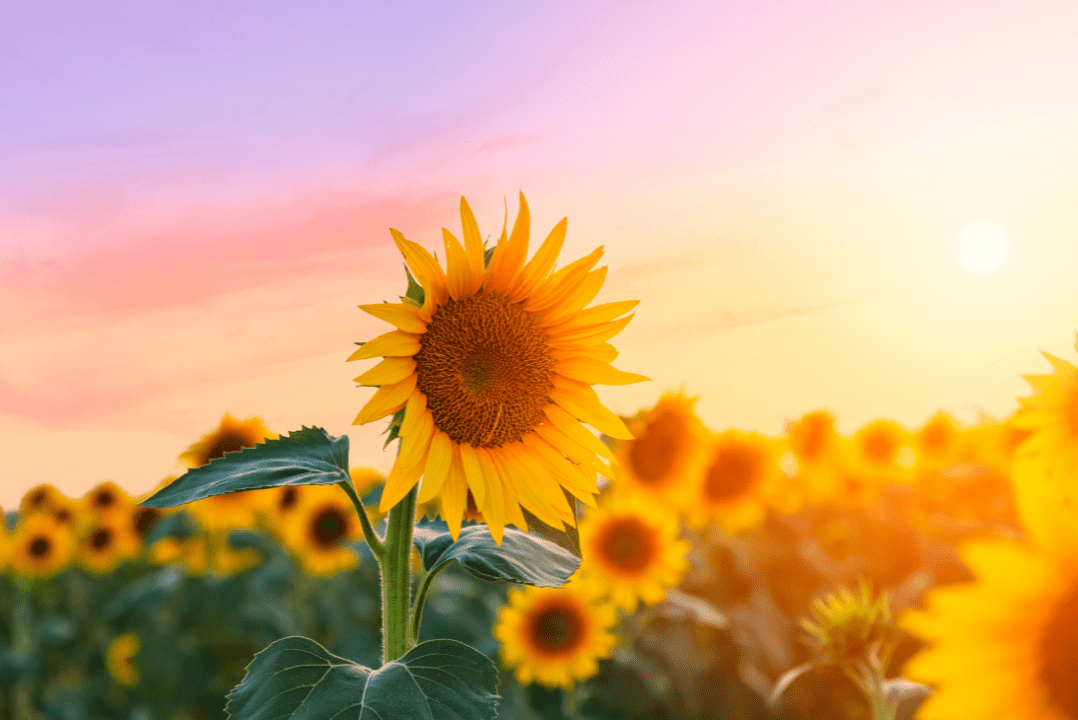 What are Spirit Babies & How Can They Support Your Fertility Journey? 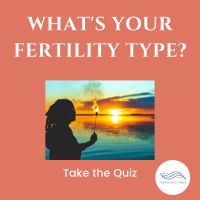 Grab your free one-hour fertility yoga class and experience the benefits yoga can bring to your fertility journey!